One woman makes it her life’s mission to empower those who need it most. 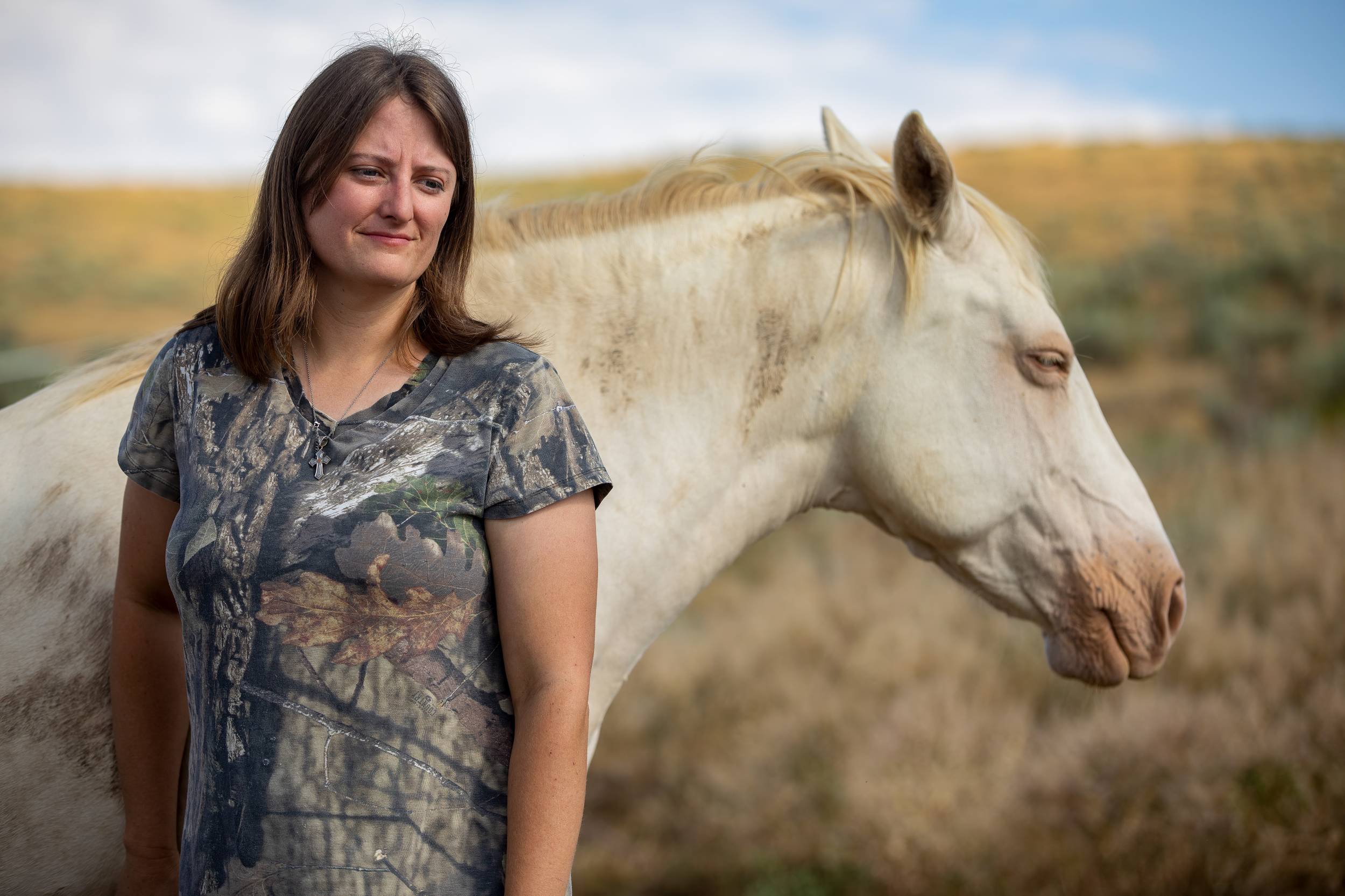 One woman makes it her life’s mission to empower those who need it most.

Without language, kids struggle to develop a complete sense of the world. They often don’t learn how to fully process emotions, work through conflict, or create a self-identity. Sometimes, the effects of early language deprivation due to not having access to spoken or sign language are so severe they result in serious health, education, and quality of life outcomes.

This is exactly what Staci Nichols is working to stop. Staci grew up in Collbran, Colorado, a town with a population of around 300 people. Rural and scenic, Collbran was a wonderful place to grow up and offers a lot to most residents. But, for a little deaf girl like Staci, Collbran lacked many of the resources she didn't even know she needed. 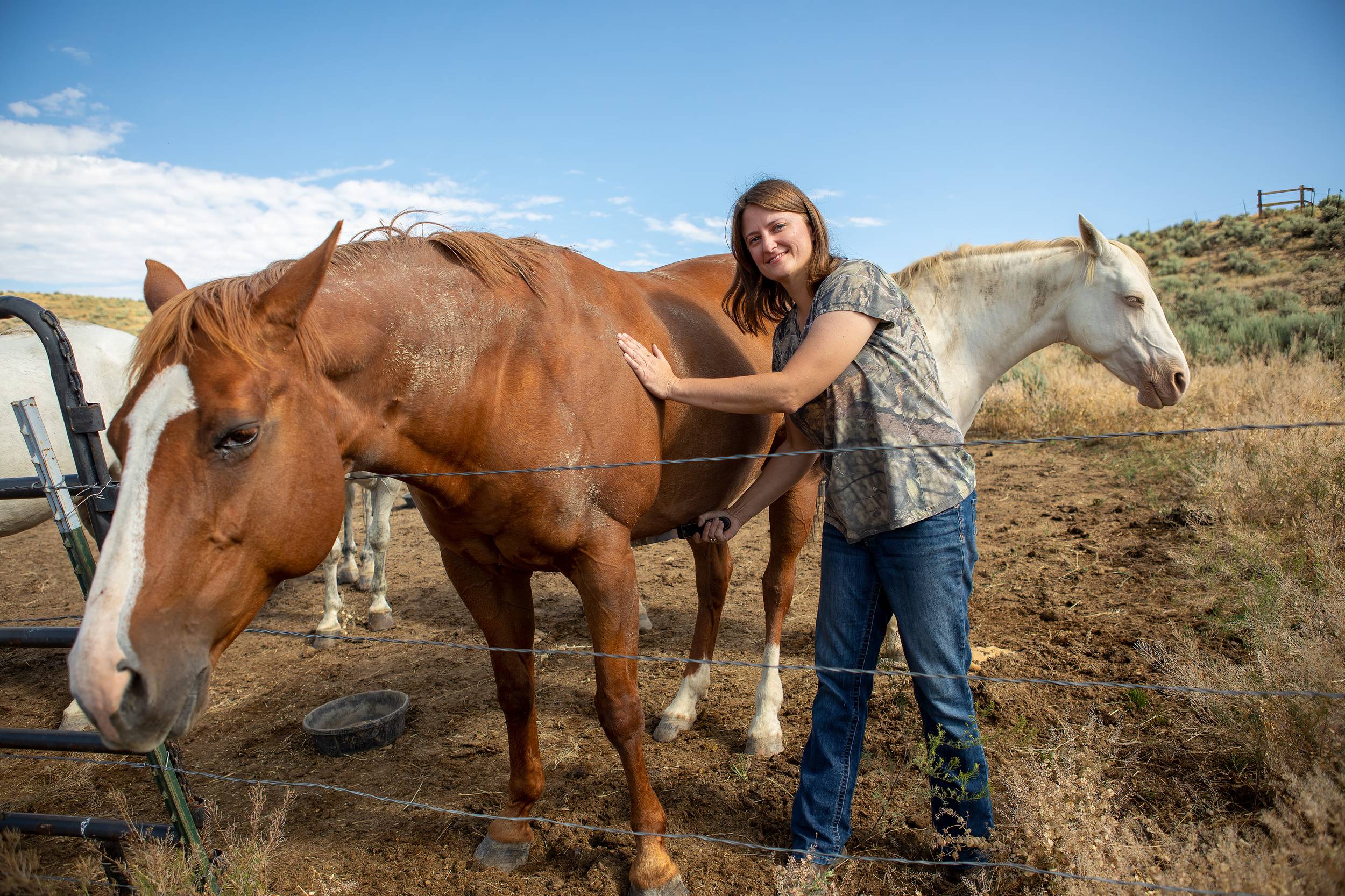 Staci grew up on a ranch. Today, being around horses is how she finds peace.

Even with a mother who learned to sign as soon as she found out Staci was deaf, Staci still recalls incidents like one at a doctor’s office when she called using an interpreter and confirmed that a local interpreter would be available for her at the office. Assured there would be, she arrived at the office only to find it was not the sign language interpreter that she needed, but a Spanish interpreter. She’d had enough.

Staci tried her hand in the big city of Denver, but never felt able to fit into the pace of life there. She found friends, but she missed the small-town community. That’s when she moved to Craig.

Her road to employment in Craig wasn’t easy, however. Most businesses weren’t able to accommodate her deafness, despite her college degree and ample experience. Eventually, she heard about a job at the NorthWest Colorado Center for Independence (NWCCI). This is where Staci found her home. 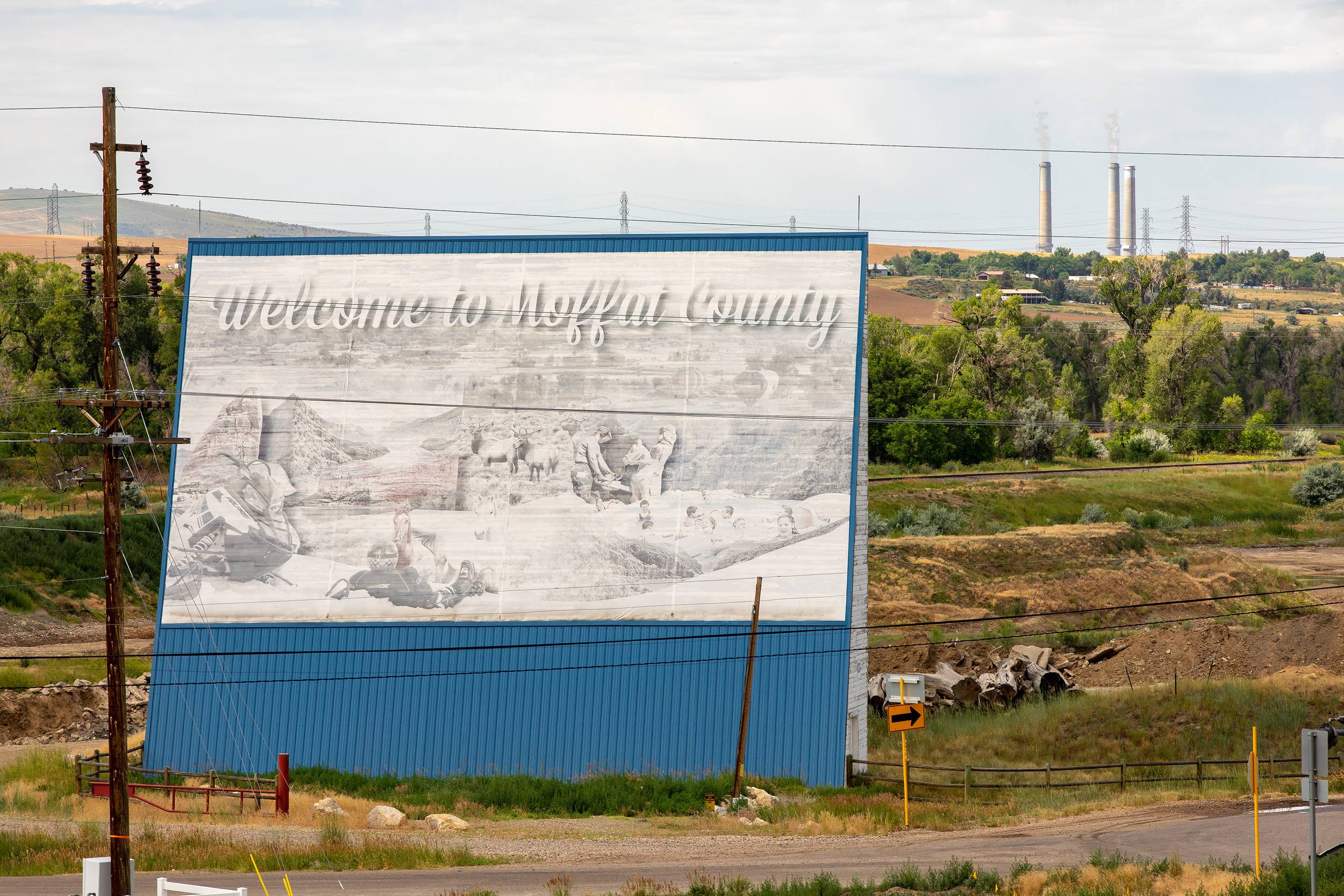 A proudly rural community, Moffat County is home to a population of disabled residents who need access to services. This is what Staci is working to create.

There are nine centers for independence across Colorado. NWCCI is an agency focused on Northwest Colorado, dedicated to helping people with all kinds of disabilities live as independently as possible within their communities. Their slogan, “Empowerment through advocacy, peer support, and education” is a clear statement about how they operate. Knowing she needed unique accommodations, Staci felt the center’s approach to individualized support was the right path for her.

NWCCI is committed to helping people reach their goals, teaching through knowledge, information and support.

Staci serves as an Independent Living Coordinator for the center and has for more than six years. She assists people with all ranges of disabilities – across all ages – to figure out everything from school, jobs, careers, and support for loved ones, to the opportunity to serve and fully socialize within their communities. Staci acts as a sounding board, advocate, coordinator, and caretaker – but Staci is adamant about not helping them without empowering them. NWCCI is committed to helping people reach their goals, teaching through knowledge, information, and support. The adage about giving a man a fish is the principle on which Staci and the Center operate each day. She helps people to become independent so eventually they don't need her – that's when she knows she has succeeded. 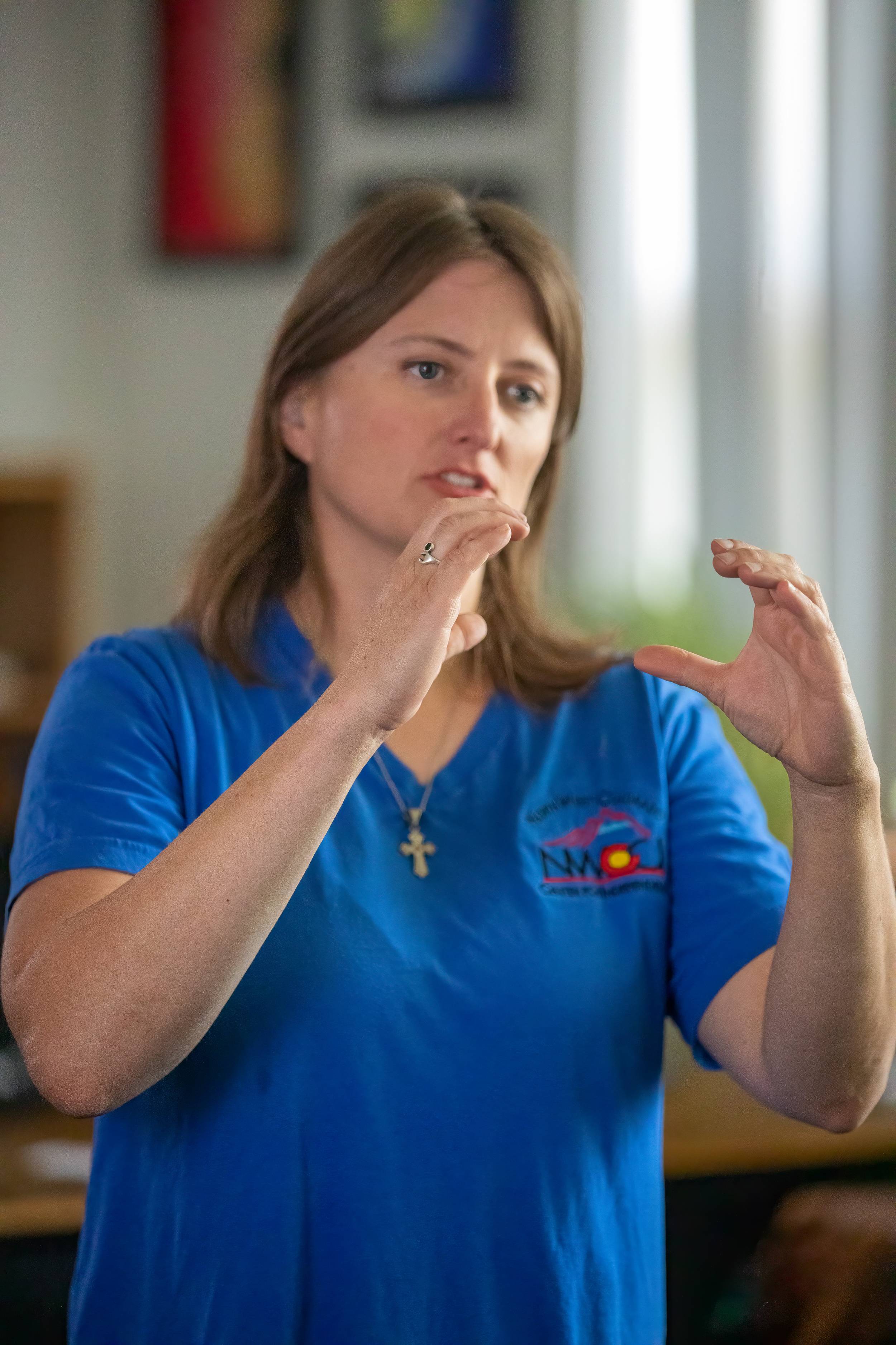 Staci signing to communicate her passion for helping others. 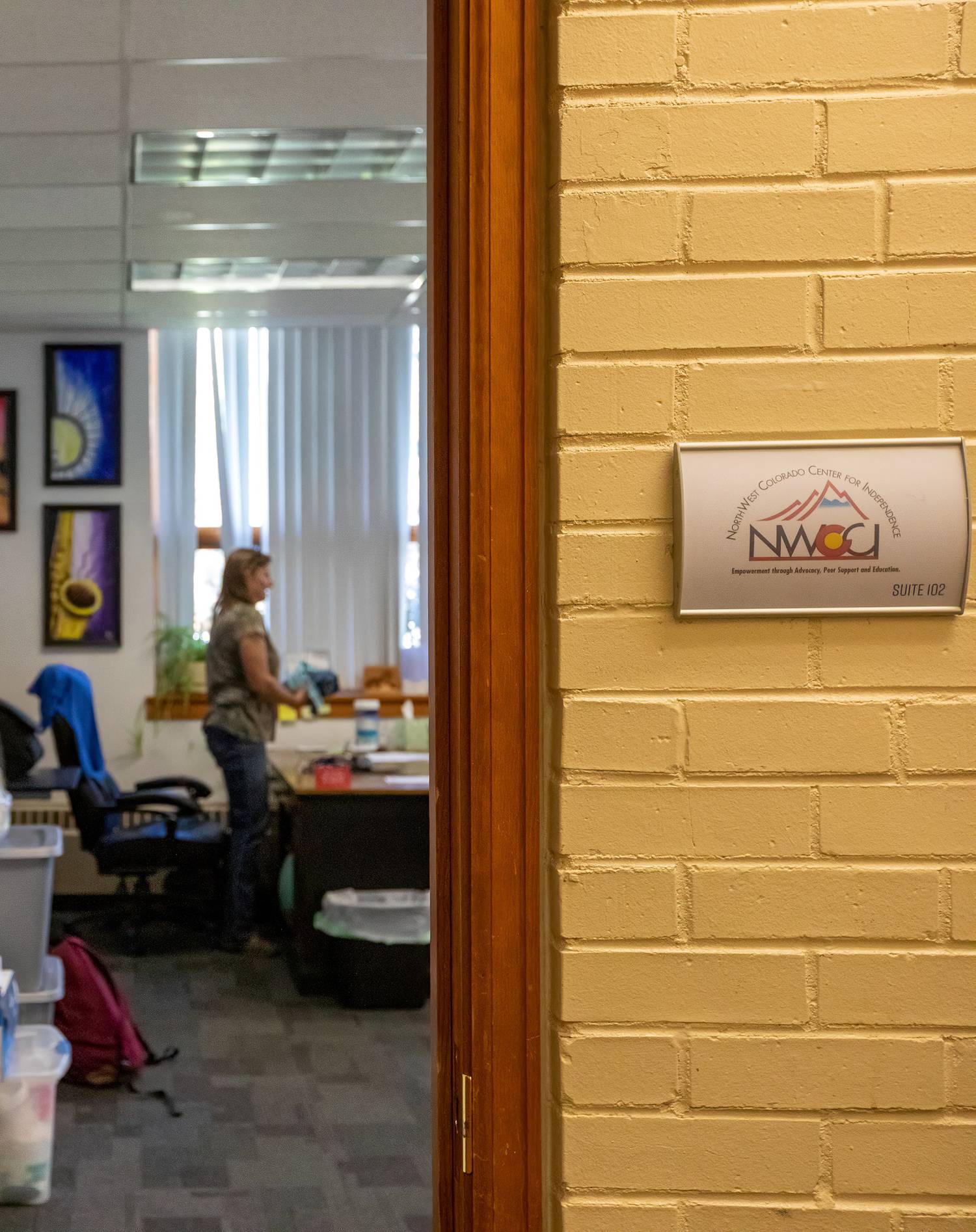 The NorthWest Colorado Center for Independence (NWCCI) in Craig, CO.

NWCCI and Rocky Mountain Health Plans, Colorado’s Regional Accountable Entity (“RAE”) in Moffat County, have partnered closely in several areas, such as expanding transportation and related programs to reduce social isolation, and likewise to develop networks of qualified contractors who make homes more functional for people with disabilities. Staci has also helped launch several new programs within NWCCI. One critical program, the Rural Interpreter Service Project, started as a small pilot to see how high the need was for interpreters in rural Colorado. What NWCCI found confirmed their suspicions. In 2021, the Rural Interpreter Service Project received funding from the Colorado General Assembly and became a permanent resource known as Rural Auxiliary Services (RAS). RAS provides sign language interpreting services to rural areas. Staci is already seeing the impact of these efforts on rural communities. She’s seen deaf friends getting better services from Medicare and Medicaid, as well as jobs – all thanks to RAS. 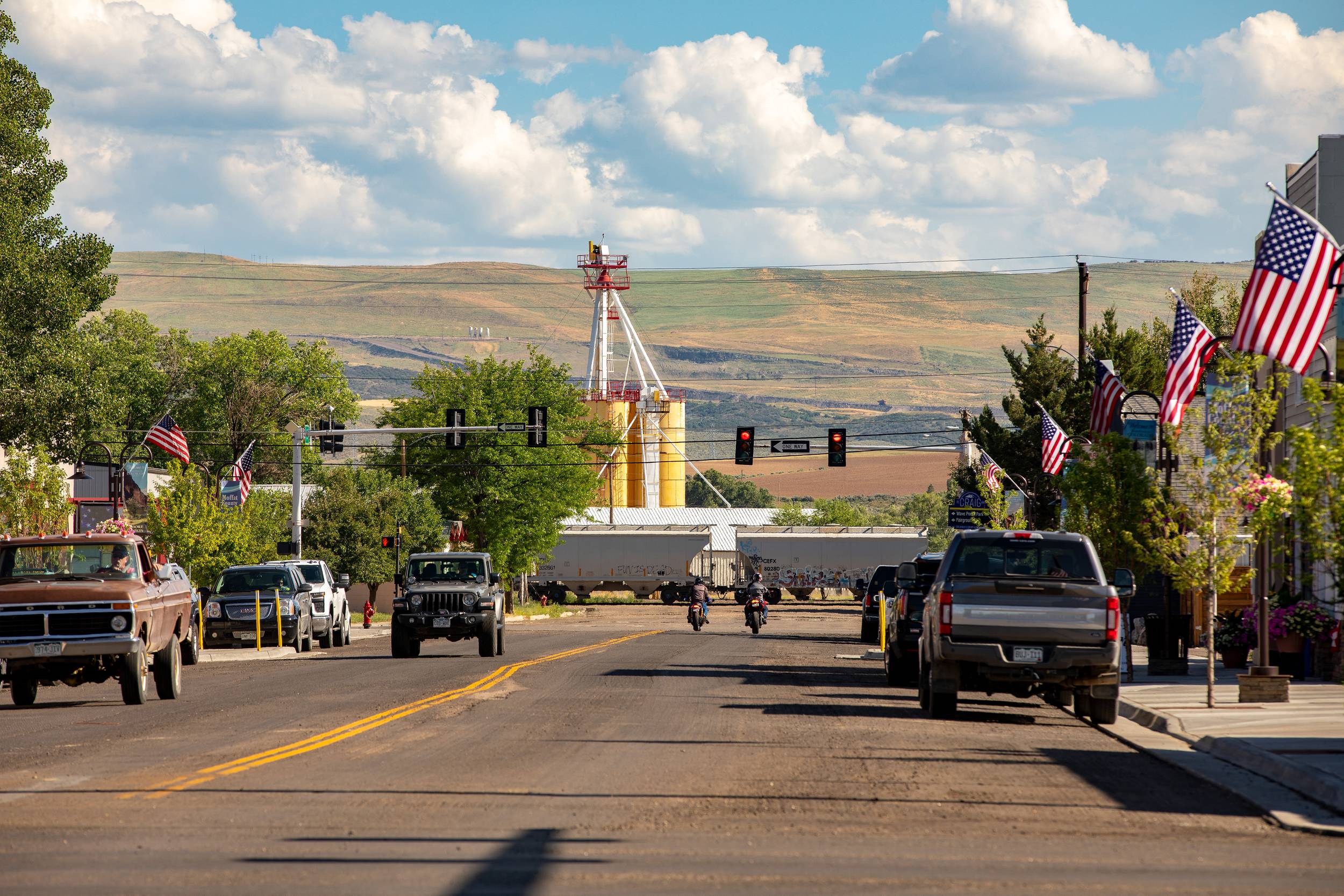 Staci didn’t stop there, though: she also started a youth program called Western Slope Deaf Initiatives. Their goal is to be able to connect with school districts in which deaf kids are isolated and begin mentoring them, which is something she wishes she had access to growing up in Collbran.

As Staci sees it, communities are like clocks. She says, “A lot of work needs to be done in this community. We need to help people be more aware and understand actual diversity. Not everyone can do the same thing. I see it as clockwork – different parts all working together. They all have a purpose.” 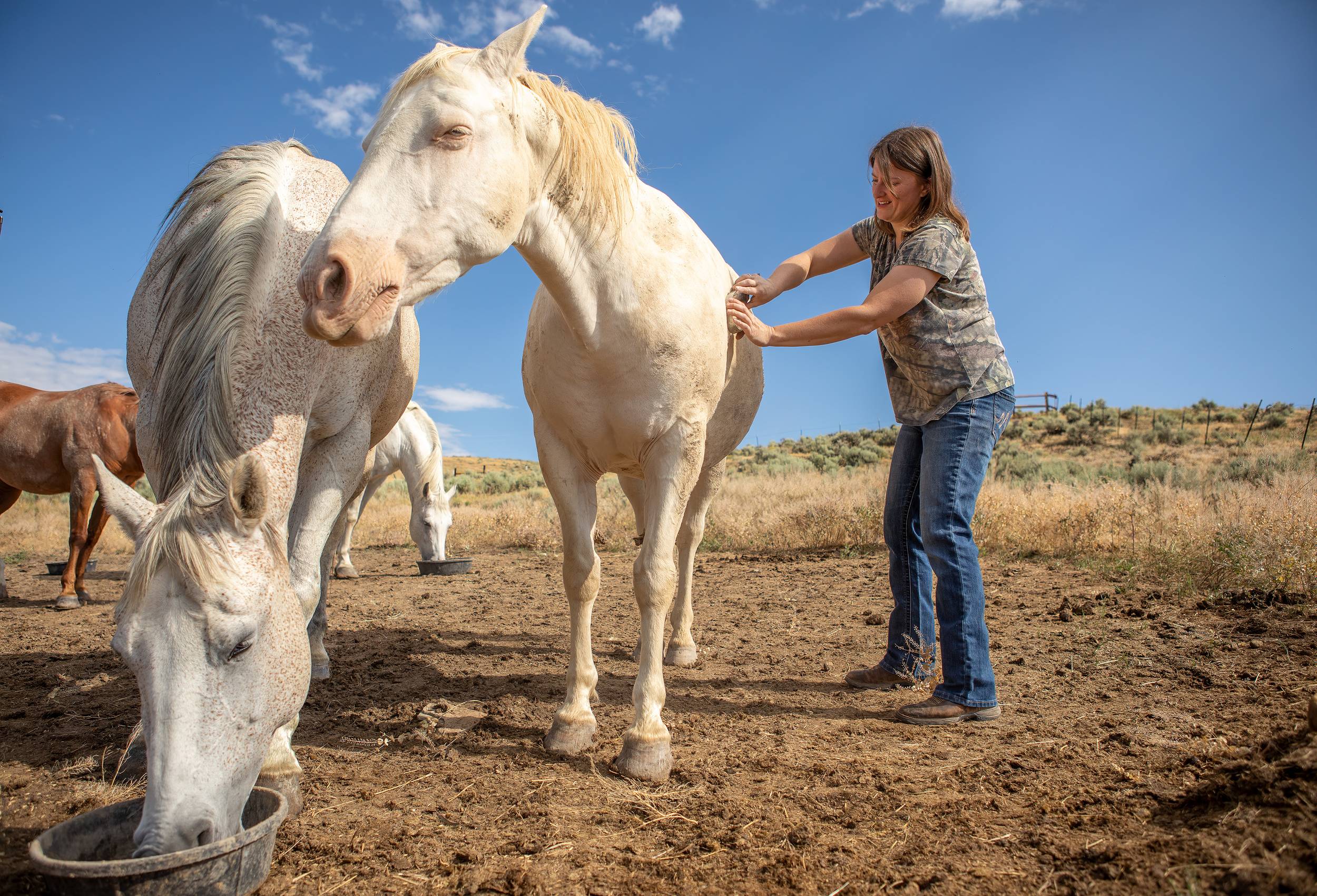 Staci knows horses have a unique connection with people of varying disabilities. 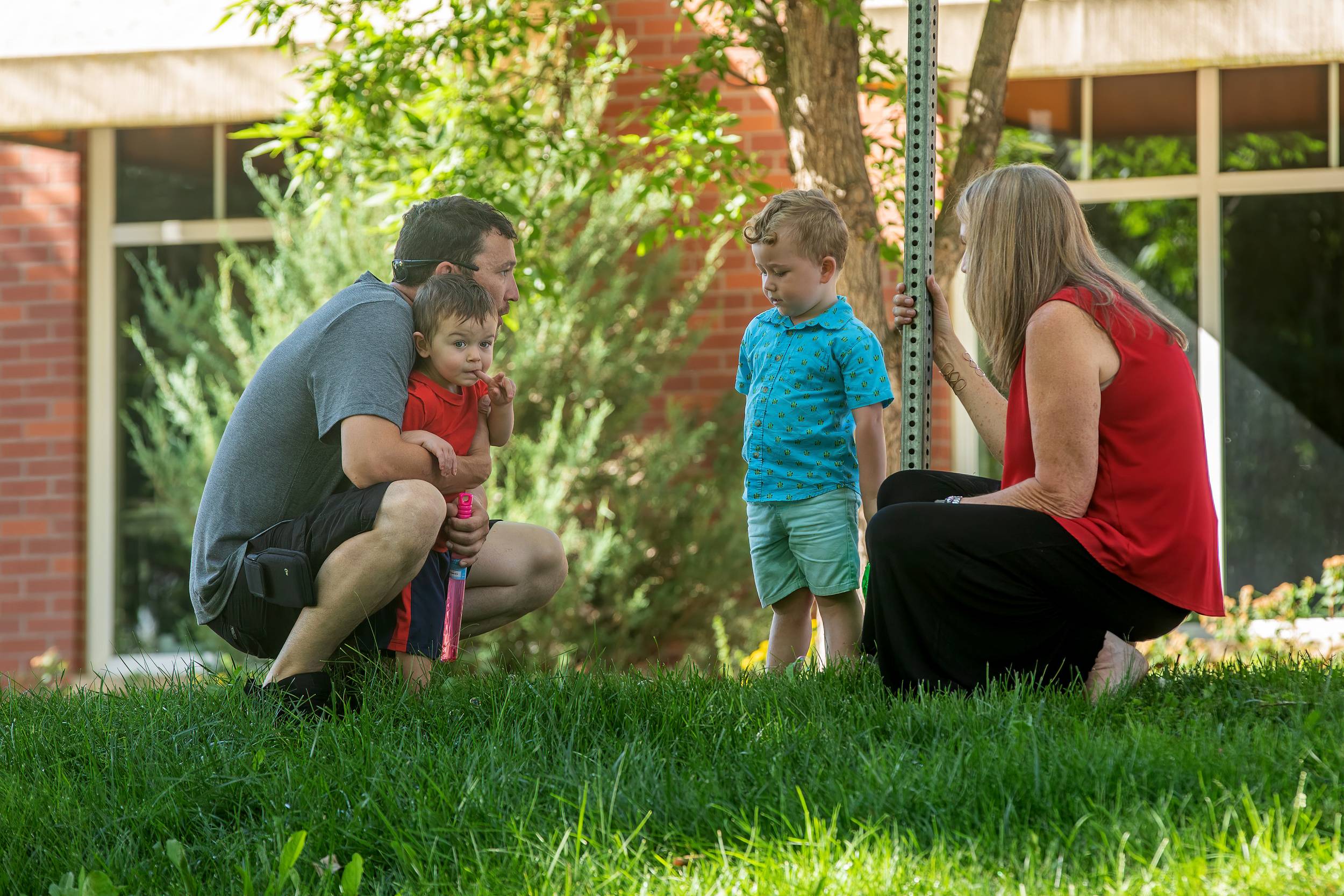 When drugs disrupt a life, The Willow Collective steps in to repair the relationships that were damaged. 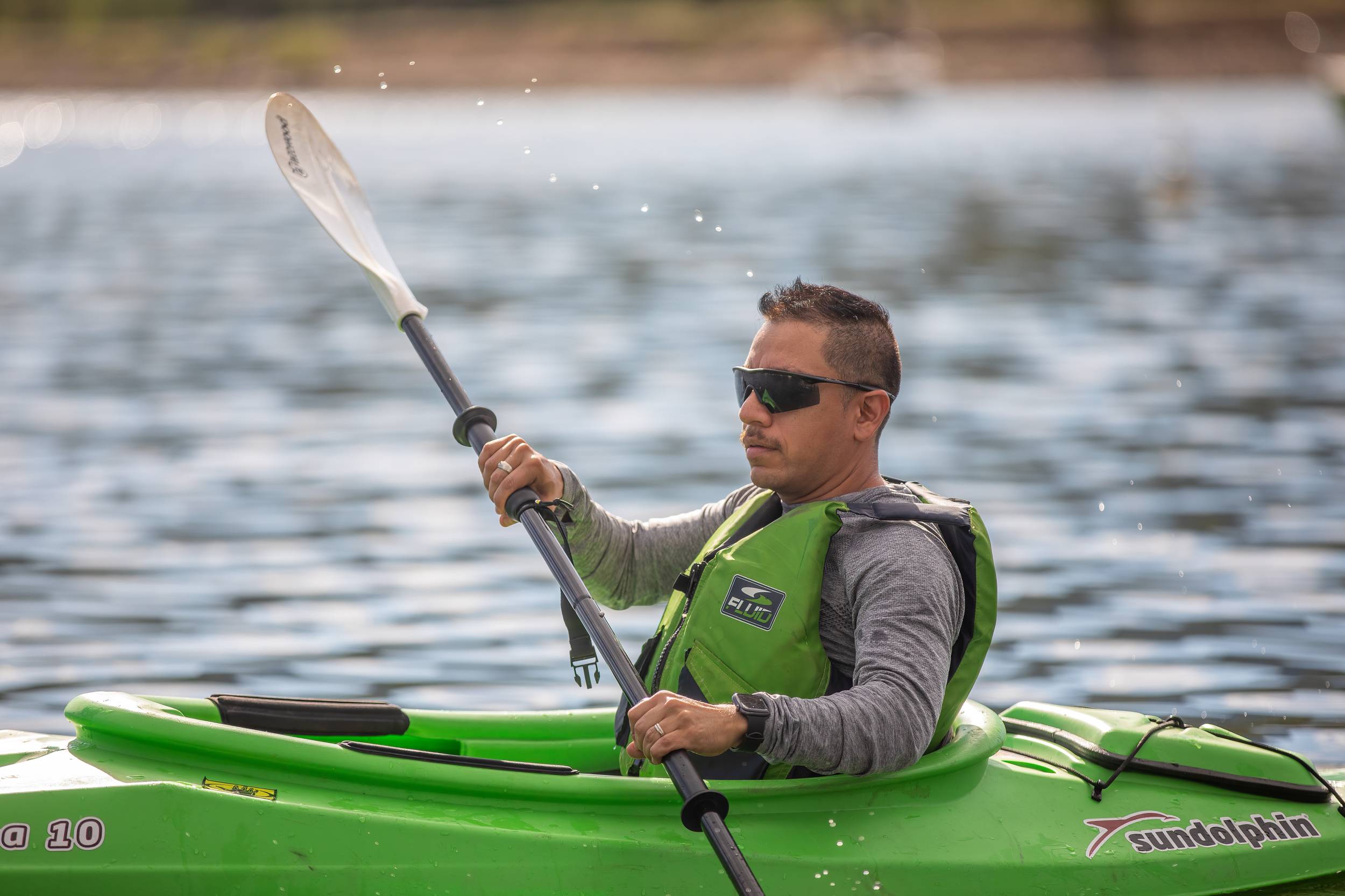 The beauty of Summit County Colorado stands in stark contrast to the inequality and mental health struggles faced by many residents. 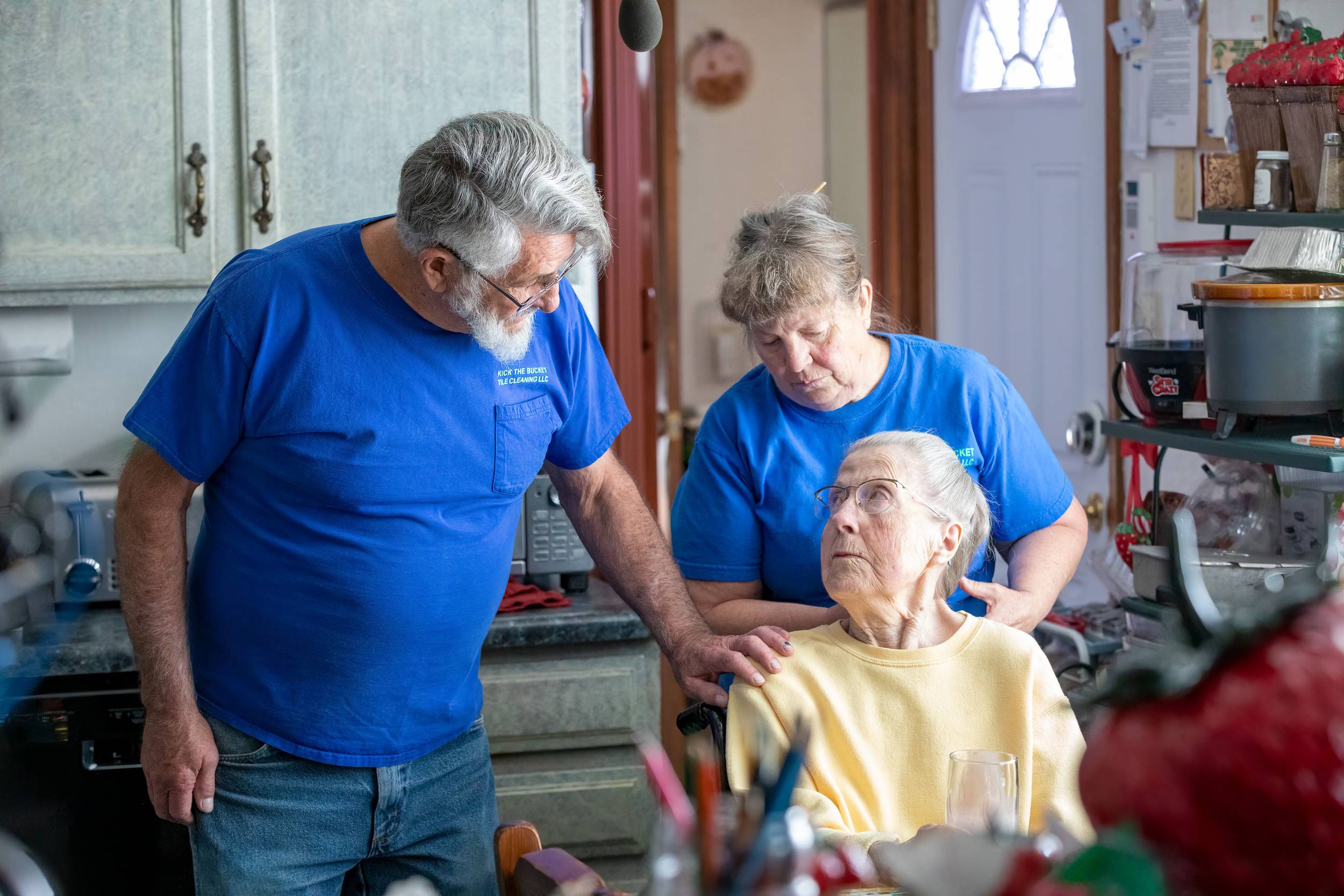 Dementia caregivers are in crisis. One Grand Junction center seeksis seeking to provide the relief they so desperately need.

Follow us on LinkedIn to see more ways we're working for Colorado.

Tell us your story